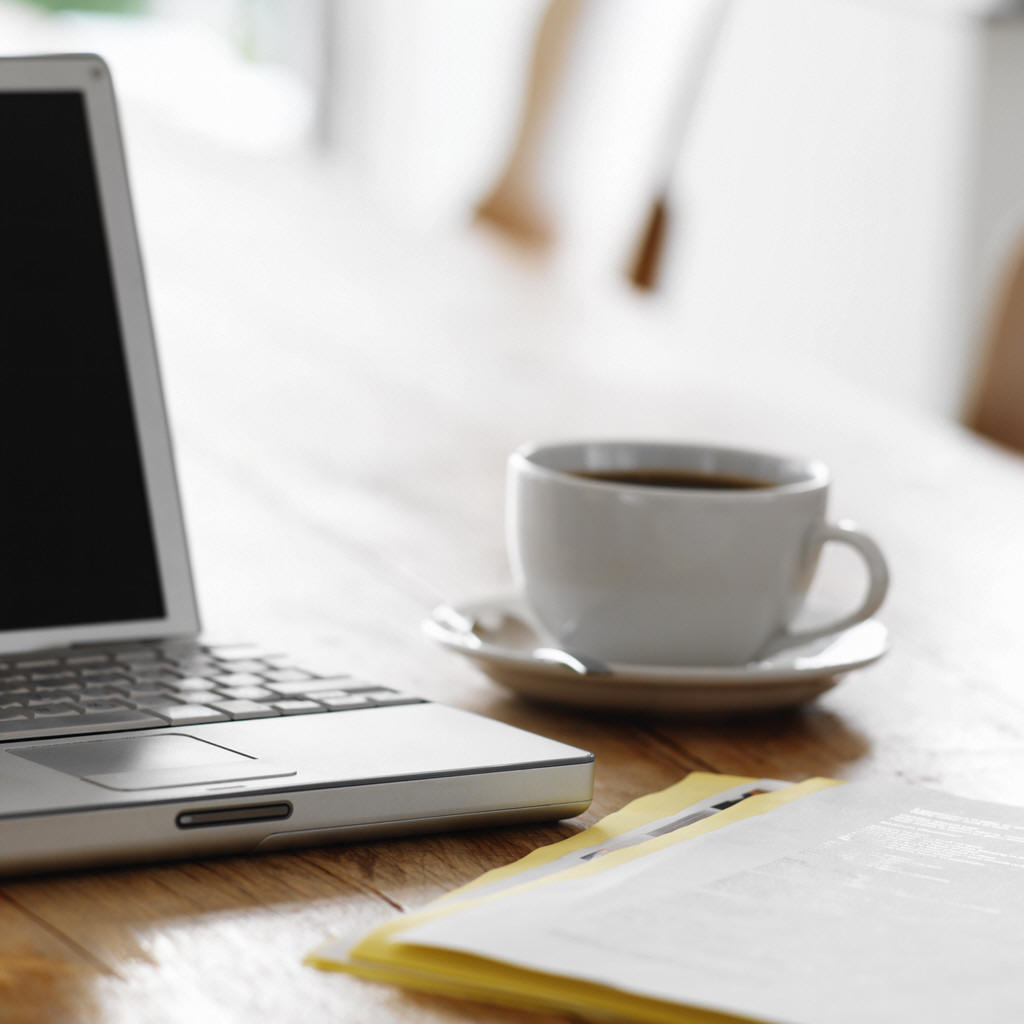 I’m sitting on the couch, surfing through webmaster tools and noticed that one of my reeeeaaaallly old school blog posts is ranking for something…

9 Things You Need To Be Successful At Bum Marketing

For those of you who don’t know, I’m a huge fan of bum marketing – the art of making money online using completely free resources – and I’ve successfully used these techniques on TheAtHomeCouple.com and every other blog that I own and operate.  One of my favorite methods of free traffic generation and link building is article marketing because not only is it possible to write 20 articles in 20 days, like WAHM Tara’s latest challenge, it’s also amazing for developing your writing speed and research skills.

Over my 8 months of trial and error with utilizing free resources online, I’ve definitely learned a thing or two about what’s absolutely needed to be a successful bum marketer so I figured I would share some of my best tips with all you sexy people.

I’m back and ready to rock!  I made a conscious effort to take this weekend to relax and unwind with Veronica, and we did just that.  Friday night we went with some friends to see a Bedouin Soundclash show, Saturday we spent the entire day in bed watching television, and Sunday we went out for a great lunch and impulsively bought another laptop.  Sweet!

Before I get into my site flip report, I just want to say how much Veronica and I appreciate the support from each and every one of you.  Your words of encouragement really kept me going over this last week, and a few of you even went as far as emailing me personally and sharing tips and tricks you’ve picked up through your own site flipping experiences.  I’m not going to mention names, but just know that I know who you are, and I want you to know that the kindness will be reciprocated at the first opportunity.  I never forget!

Time for the report…

If any of you are just tuning in, last week I challenged myself to generate $84.85 (the money Veronica and I spent on groceries) by the end of day September 15th – this was shortly after I posted a minor freakout with regards to never following through, and my fear of failure with making money online.  After a few adjustments I ended up taking the route of building a blog, getting it indexed in Goolge for a high search/low competition key phrase, and then posting it up on the Sitepoint Marketplace in hopes that someone would have an interest and purchase it.

After conducting some ninja research with the best keyword tool in the universe, Wordtracker, I decided I would base the site around the competitive, but super profitable Tattoo niche – with my golden key phrase being Russian Mafia Tattoos.  Why did I choose that key phrase?  Well to put it plainly, Wordtracker told me to.  That particular phrase has over 600 searches per day in Google, with less than 1100 competing websites listed in Google and this means two things – it won’t be too difficult to get on the front page of Google because the competition isn’t that fierce, and 600 searches per day is a great number in terms potential organic traffic should I get the number 1 spot.

I posted the auction up on Friday at 3:36 pm with a $0 minimum bid, a $97 reserve and a Buy Now price of $127 – which is higher than my initial $84.85 goal.  At 5:47 pm I received an email from Sitepoint notifying me that my auction had been won!  Not only did I sell the site in under 3 hours, it was purchased at the Buy Now price which means there was zero bidding going on.  I was so shocked when I got the email that I called Veronica, who was on her way home from work, and starting laughing frantically like a Priest who accidentally walked into the “little girls room” at Bible Camp.

(Insert uncomfortable pause for those who are sensitive)

Here is everything I did spread over 4 days, from beginning to finish:

Wow, that was a lot longer than I anticipated.

I don’t feel like writing anymore.  I’ll finish up my thoughts later.

I don’t have too much to say right now except that I’m exhausted, and would have preferred to do a video post but I can’t find the SD card for my digi cam – dammit Veronica!  Anyways, I have successfully flipped my niche blog and it is now live and active on the Sitepoint Marketplace.  I’m nervous, tired, and accomplished all in one breath.  This was a great experience and I look forward to my next flip, but first things first..

I’m going out tonight to see the Bedouin Soundclash in concert – for those of you who’ve never heard of them they are a local ska band from Toronto who rock with good vibrations.  Check them out.

Time to get drunk.

When I announced to the world (the 150 of you that come by everyday whom we adore) that I challenged myself, while waiting in line at the grocery store, to generate the equivalent of that shopping bill in affiliate commissions by the end of the week, I thought I had it all figured out.  Little did I know…

Though my original plan was well thought out, and in theory would begin to generate affiliate income, I quickly realized that 1 week is not enough time to implement the particular bum marketing techniques I was planning to use – so I had to change my plan and roll with the punches.

As I began to gather up my Lemmings and inform them of the labor shift , I noticed a common theme recently amongst my peers and partners in the Blogosphere – Site Flipping! After reading some awesome challenges and making a phone call to one of my Bloggerhood Ninjas, I concluded that site flipping is probably the most efficient way to make a quick buck with little to no financial investment – which would enable it to fall into my Bum Marketing Madness theme perfectly!

So over the last few days I have managed to do the following:

What’s left to do?

Today I’m hopefully going to complete 3 possible tasks to increase the value of my site flip once it hits the Sitepoint.com marketplace.  The first thing I’m going to do after completing this post is write an article based on my primary key phrase and submit it to 5 or 6 of the high ranking article directories – with the domain name linked in the resource box of course!  This will get one way links pointing towards the site and increase it’s value and positioning for my main key phrase – currently I have my Digg submit in the number 3 position as of last night, and I’m almost positive by the end of day tomorrow that my Squidoo lens and Ezine article submission will take the remaining top spots.

My second task is going to be creating a profile on Myspace and a few other social and blogging networks, and adding some friends and posts to these pages that point back to the site – again for one way links, but to also give the site some social value which is important with Web 2.0 style blogs.  Lastly if all is well I’d like to submit the blog to some of the better known blog directories and maybe do some more commenting on niche related sites and forums.

My plan is to have the sales copy written and the auction up on Sitepoint.com by early evening Friday.  If all goes well I will sell the site by Sunday for at least $100, which I don’t see being a problem, and accomplish my goal of making back the grocery money we had to put on Veronica’s credit card because we’re broke.  This was my challenge to myself, and I am going to complete it while teaching myself how to flip websites for profit and spending nothing but time to do so.

See you guys at the finish line.

After my post 2 days ago I hit the web with a rapist’s wit and immediately logged into Wordtracker and started digging away trying to find some sexy niche key phrases for me to exploit this upcoming week – and to my delight after an hour I managed to stumble upon a niche with 18 key phrases that have a KEI rating of 100 and above (7 of those 18 are above 200) .  Great success!

For those of you who don’t know, KEI means Keyword Efficiency Index and it is determined by the popularity of a particular keyword, and the amount of competition it has.  A keyword or phrase with high popularity (searches per day) and low competition (competing websites with the same phrase) will have a high KEI rating.  When it comes to niche marketing you ideally want to focus on keywords that have a KEI of 100+ with a minimum 300 searches per day and less than 4000 competing sites in Google.

A little side note…

If some of you reading this have yet to experience the greatness that is Wordtracker, please do yourself a favor and sign up for the free 7 day trial – If you need help getting started please contact me.

Once I found my niche and keywords I stopped by Clickbank and began looking for related products that I could start promoting.  It just so happens that I was familiar with the top Clickbank products in this niche, so I already had an idea of what I was going to be dealing with.  Very nice!  It’s times like this that social networking is very important – I just so happened to hop on Skype and a fellow Shaolin Affiliate Master you guys might know was hanging out, so I dropped him a quick “yo yo homie g funk” and told him what I was up to and he gave me tons of great info regarding certain things that worked well for him in that same niche.  I’m not going to inflate his head by shouting out names – but you know who you are.

So anyways, that was day one (technically night one) on my Bum Marketing Madness campaign and I managed to grab a dot com domain name that contained an exact key phrase from my list before I hit the sack around 4 a.m. yesterday morning – wicked awesome!  It looks like I managed to knock of steps 1, 2, and half of 3 in the first 24 hours.  The hard stuff is coming up next – finding a WordPress theme that I can tweak out and customize to fit this niche and writing the articles.

It’s time to up the ante a little bit…

Today Veronica and I went grocery shopping, and had to pay with one of our credit cards because we’re broke – so I told her, as we were at the cash register, that whatever the total was that I would try to make that money back as a goal for my Bum Marketing Madness week.  So I am officially challenging myself to generate $84.85 in commissions by the end of Sunday, September 15th, 2008.

I’ve yet to make that much money in one week, so we’ll see what happens!  Wish me luck…